Tomorrow I will wake up alone. Yes, there will be three other people in my bed, all of them clinging to me, all of them under five. But I will be, for all intents and purposes, alone while I blearily scramble eggs, change diapers, settle squabbles over sippie cups and spoons. Alone I will dress my three sons; alone, I will teach my five-year-old to read. Alone I will wash clothes and sweep floors and do the thousand little things a household of five requires.

Yes, I can call friends. I have them. I can set up playdates. My sons have lots of those, too. And at five pm, give or take an hour, my husband will come home. But other than that, I am parenting alone.

Humans are communal creatures. We aren’t made to live like this.

I want a sister wife.

I want someone else to help make breakfast in the morning, a fellow human taller than the average Canada goose to commiserate over coffee. I want her to help me separate the screaming toddlers and pour me a bowl of Gorilla Munch before I forget. I’ll get the spoons. This is an equal division of labor, here.

I suspect she’d have her own kids. My kids could use more kids around – it’s good for them to grow up in a herd; they learn responsibility and kindness that way. Maybe she’ll love three-year-olds, but hate teaching art. I can hand her my threenager and sponge-paint with her brood. I’ll even clean the paint off the table.

She can read to the kids while I wash the floors, because if I had a sister wife, my floors might actually get washed. Mostly we could holler adult conversations across the house at each other. They’d probably be about poop. That’s okay, too.

We could manage to cook better lunches and even start dinner early. Maybe she’d actually enjoy going to the grocery store. She could go alone. It would be like a date, only with herself and some explicit lyrics blaring all the way to Publix. I could supervise the kids in the backyard. Or not, really, because as long as they’re over two, visible from a window, and not killing each other, they don’t need backyard supervision.

We could take turns warming up each other’s cold coffee. And back each other up: that Pandora station is staying on 90s Alternative music, not the tiny tot channel. You lose, rugrats. Sing along with some Red Hot Chili Peppers “Under the Bridge” instead of “Let It Go.”

Yes, they’ll fight more. But there will be two of us to separate them, two of us to calm them down. Two of us to remind each other: we parent positively. We can get through this without yelling.The kids wouldn’t even mind that much, because there’d be more of them to go run away and build a fort out of pillows, a giant stuffed giraffe, and pilfered string. This is called creative play.

And when my husband comes home from work, I wouldn’t alternate between throwing the kids at him while I hide in the bathroom, or jabbering his ear off because he isn’t three feet tall.

That’s the only sticking point, there: husbands. I don’t want to share mine. So wanting a sister wife really means wanting a commune.

Maybe we could make a village. 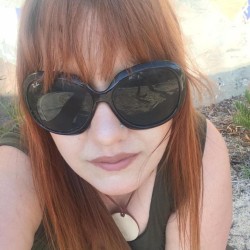 Elizabeth
Elizabeth Broadbent blogs at Manic Pixie Dream Mama and writes a regular column for ADDItude magazine. Her work has appeared in Mamapedia, Mamalode, xoJane, and Time Magazine. She has three children, ages 5, 3, and 1, two dogs, sizes large and larger, and one husband, disposition saintly. See her on Facebook at Manic Pixie Dream Mama.Follower her on Twitter and Pinterest.

Written By
Elizabeth
More from Elizabeth
By Elizabeth Republished from Manic Pixie Dream Mama Tomorrow I will wake up...
Read More